Constants or Literals in C?

Constants or Literals in C

Constants are the fixed values that never change during the execution of a program. Following are the various types of constants: 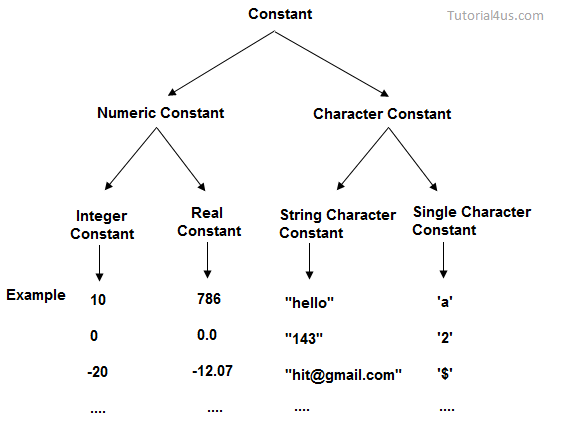 3. CHARACTER AND STRING CONSTANTS IN C: 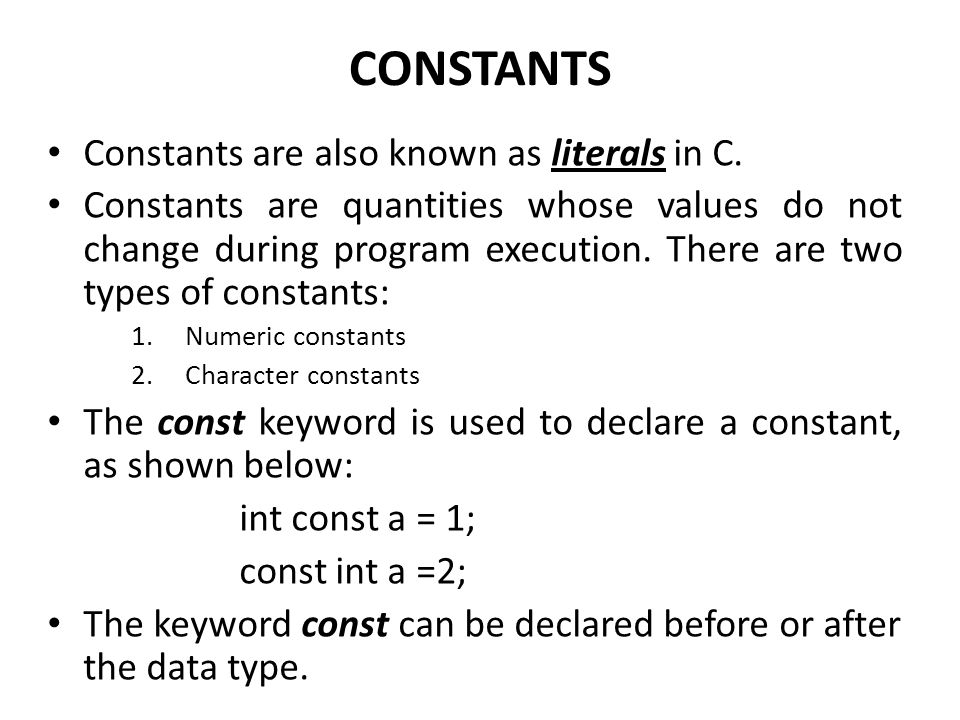 HOW TO USE CONSTANTS IN A C PROGRAM?

The const keyword is used to define constant in C programming.

Now, the value of PI variable can t be changed.

If you try to change the the value of PI, it will render compile time error.

Let s see an example of #define to create a macro.